1 reply to this topic

Hi everyone, it's been a while since I've been on here.

I'd like to know what diet were your dogs on when you found out about them having struvite crystals. And what diet did you put them on to resorb the situation. Thanks in advance.

Both my girls have recently been diagnosed with struvites crystals and both aren't on the same diet. Gaila, wich urine ph was at 6.5 (struvites normally form in alcalin ph), bacterias 1 + (sample taken from the floor), has cleared them out in 3 weeks with ABs + just adding canned Tripett and water to her meals. I will have her tested again on April 17th. For her, I doubt it was caused by the diet (Ziwipeak, meat/organs only). After 19 days, her urine ph dropped to 5 (wich is normal when a dog is fed a meat only diet) and no more formed crystals. She had about 30-35 per champ. I think it was caused by the 3 Ziwipeak venison HOOFERS I gave her to chew on within one month. Those chew things (weither it's pig ears or rawhides etc) are generally treated with salts. I saw some kind of salt crystals within a new sealed one I had spared. I brought the new/unused back to the store for a refund.

Minnie, wich was/is on grain free OVEN BAKED (white fish & tapioca) had lots more crystals (no bloody urine but ph at 7), bacterias 2+. After 19 days on ABs and adding canned Tripett and water to her meal, she still has as many as she had (80-85 per champ).

My vet is insisting that I buy their food wich I refuse. Minnie is better off grains & chicken too. I'm trying to put her on commercial raw diet but she doesn't eat it. I know it can take a while to get a dog used to it but I've put so little tiny amount mixed with kibbles & cans but she is taking the raw out of the bowl and does not eat it. I tried it for 3-4 days. Her breeder told me she wasn't fond of it either.

I'm planning to put Minnie on Ziwipeak too to make her ph drop. If Gaila still is ok on it, well it might do it for Minnie too.

Noid's specific disease is Canine Cystinuria, he was diagnosed going on now 8 years ago and in the very beginning I did the ultra low protein diet for him recommended by the Vet however after many months of researching and learning about it by joining a Yahoo group that is run by Christie Keith for this disease I came to the conclusion that diet for this had little to no effect so Noid ha now been on a dehydrated raw diet for the past few years and is doing very well.

I think it does have to do with the specifics of what your dog has exactly so while Noid's struvite crystals are forms from the cystine specifically your dogs may be something completely different so it will be important to know what it is.

Here is a link to the website that I started at when I found out about Noid http://www.caninecystinuria.com/ 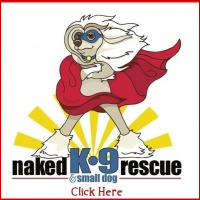 Back to Chinese Crested Health Care